1969 Degree in Law by the Complutense University of Madrid

1970 Admission to the Judicial School as a public prosecutor

1972  Academician of the Spanish Royal Academy of Jurisprudence and Legislation

2001 Seminar on Domestic Violence, of the Spanish Prosecutor’s Office

2004 Seminar “Cooperation with the structures of the European Judicial Network, Eurojust and Europol” of the Belgian High Council of Justice

2006 Course on Catalan Civil Law, in the Open University of Catalonia

2008 Course on The European Judicial Area in civil and commercial matters, competence, recognition and enforcement of judgments, of the General Council of the Spanish Judiciary and the European Union

1971-1978 I have worked as a public prosecutor in Alicante, Barcelona and Girona.

1978-1999 I have worked as a lawyer in Barcelona and Gerona, specialized in civil law and commercial law. 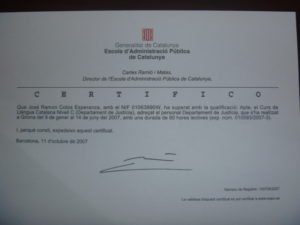 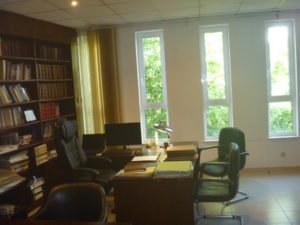 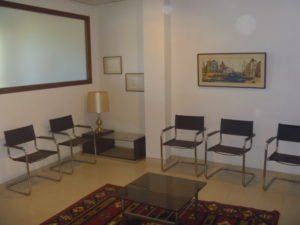 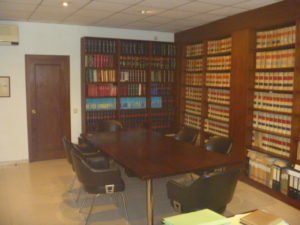 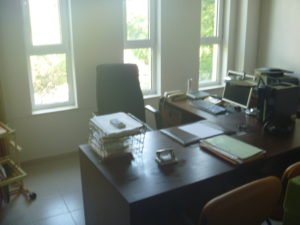 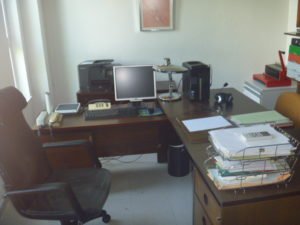 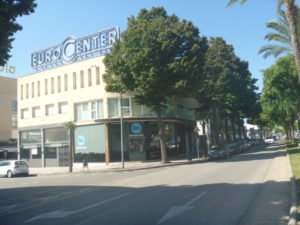 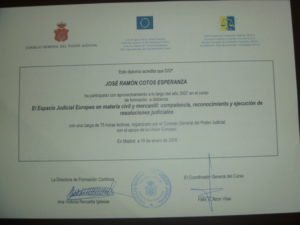 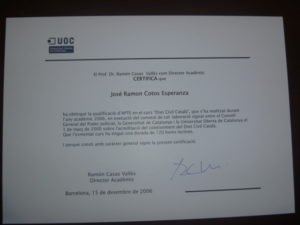 I read and I speak Dutch